This one was ridiculously hard to translate… Some sentences made no sense and in some place I had no idea who was speaking!! I improvised a bit to make some order out of the chaos so hopefully it is readable.

I was quite surprised when reading this story again after such a long time. Even as a child I had a cruel imagination, makes me proud of my past self. :’3 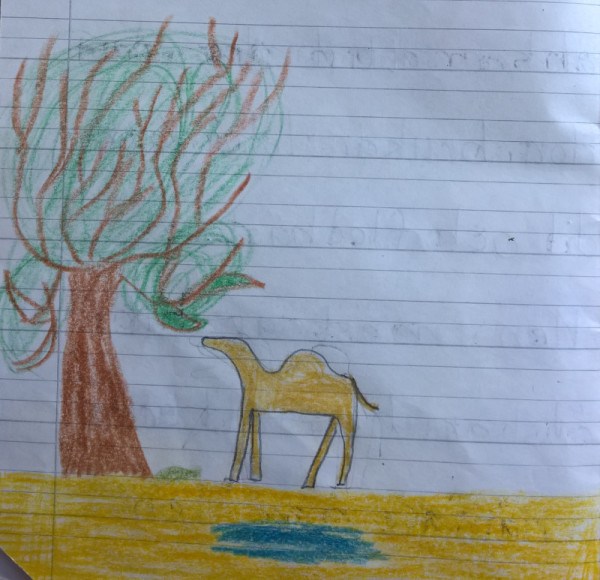 Salka the dromedary love to swim. She plays crocodile and hippo. But most of all she loves to sleep and sunbathe. But she has to watch out for her enemies.

But one day a tiger came that was lonely and the dromedary ran and the tiger lay down to sunbathe. When the dromedary had been running for a while she met another dromedary that was also lonely.

Then one of the dromedary said, “What is your name? My name is Salka.”

“My name is Mia. Do you have a mother?” Asked Mia.

“No she was eaten by some tigers.”

When they arrived they had become thirsty and went into the forest. When they were there they were also hungry, but there was quite a lot of grass. 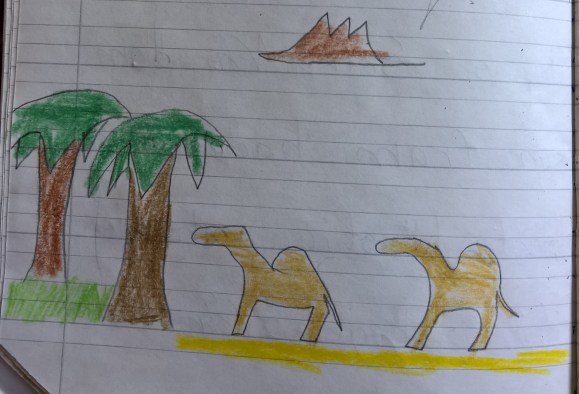 (I have no idea what they flying sky thingy is…)

When they discovered that no one lived there they decided that they would live in the forest. But they thought that the forest was too big for only the two of them so they wanted to have more friends. After a while they found a lion cub.

Mia thought they should take care of the lion cub. Salka agreed. But they thought that three was too few to guard a whole forest. A moment later the lion cub had climbed up on a rock.

When they came home there was a desert rat standing guard. Then the lion cub became angry and jumped on the rat and went into the forest.

The dromedaries thought that it would be boring for a kid to live with two dromedary. But right then another lion cub came and asked if she could live with them. She could stay. 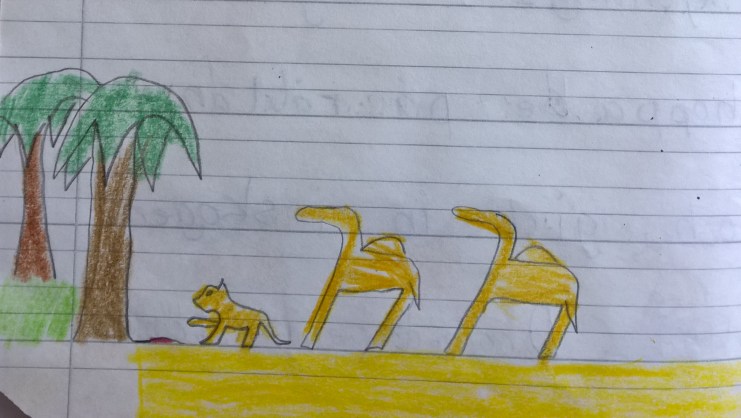 The lion cubs played in the forest and played until it became night. 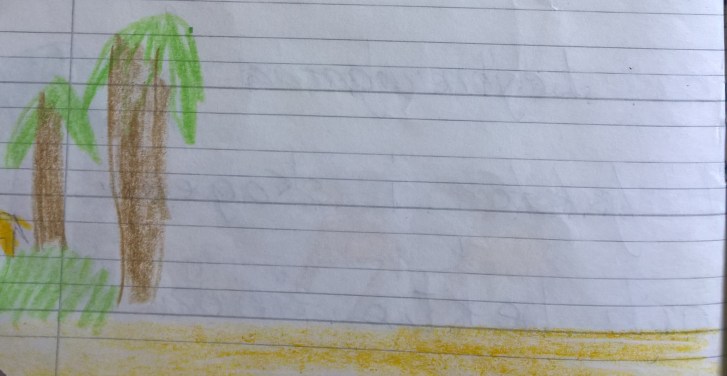