I’ve never been a big fan of romance or vampire books, but the blurb convinced me to pick this one up and give it a shot. I laughed quite a lot since it gave the impression it would be a very interesting read, and it did not disappoint! (You can read the blurb here) 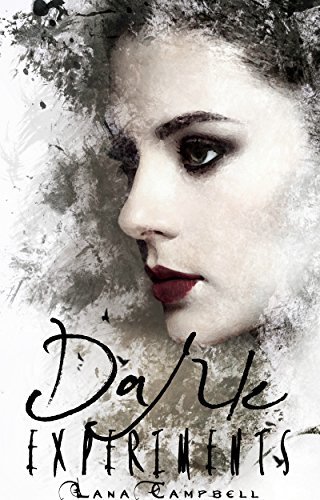 Tiffany is a great female character, she’s got a strong and interesting personality which I liked from the start. Christian however, seemed a bit creepy in the beginning but turned out alright as the story progressed. I wanted to slap him when he acted like a pushy idiot not getting the hints that Tiffany wanted some space, but his behavior gets a pretty good explanation.

The two have great chemistry and are a great match despite a huge age gap and personality differences.

I like how the first part of the book focuses on their relationship and when everything seems to have gotten sorted the second plot kicks in and the book goes from an interesting romance to a dark thriller.

What I didn’t like about the book was the religious parts where talk about God came in, I admit to being biased about this though. It seemed like it was brought up a bit much without really having anything to do with the story.

Neither Christian nor Tiffany came across as very religious, but it became almost preachy in places. If both the characters had been presented as strong believers I would have been ok with it. Overall it did not make me enjoy the book less, it was something that stuck out but also the only thing about this book that bothered me.

It would have been nice if some plot lines and events got more attention and I got the feeling that the story sometimes moved a bit fast to advance; though it is quite understandable that going into detail about everything would make an incredibly long book.

I haven’t read the first book but never felt like something was missing, Dark Experiments work perfectly well as a standalone novel. If you like vampires and non wimpy characters this book is worth picking up.

The book is written by: Lana Campbell

Links to the book: