Give me a strong woman protagonist, one that doesn’t sit around lamenting about the tragedies that befall her. Can she be sad once in a while, frustrated, weak? Yes, but please don’t take me on a journey with a woman who wallows in self-doubt, who spends the entire book incessantly needing reassurance and clamoring for a man’s attention. *Slaps the female character that bases self worth on a man’s opinion*

Give me a woman protagonist I can relate to, one who isn’t the most graceful, beautiful woman that ever walked the earth. Can she be beautiful? Yes, but don’t dwell on her beauty, elevating it as the first thing every other character notices.

E.g. “She had the grace of a willow. Hair like gold glittered in the sun as it draped around her heart-shaped face. Her eyes shone like emeralds and her lips made even the sweetest berry envious for their pink fullness.” <- *Gags and sings, “camp town ladies sing that song, doo-dah, doo-dah” to remove that visual* I wrote that sappy quote just now. It hurt. It hurt so bad that I momentarily lost the ability to distinguish audio vs. visual stimulation. See?

Give me a woman protagonist whose inner dialogue reflects moxie. I like a little sarcasm in my coffee thank you very much. Does she need to be harsh and cynical at all times? No. That would get boring and certainly doesn’t reflect the woman’s mind, the one’s I know anyway. Let me clarify just a bit lest you think I mean a woman protagonist needs to be a loud mouth. Quiet woman can be strong as well. It is often in the still silence that strength is borne. <- Oh, I like that Beth. *Glares at screen* Yes, I talk to myself. And yes, I can feel you silently judging me.

Give me a woman protagonist…who is real. Real women are strong even if at times they are weak. Now there’s a brilliant statement Beth. Contradiction much? They are fierce, intelligent, sarcastic, defiant. They are complex humans capable of greatness. It is through the multi-facets of women’s personalities that great female characters come to life. 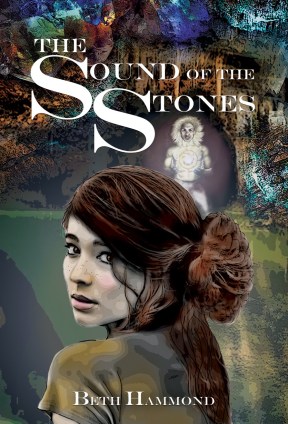 The Sound of the Stones

The ancient book about the past holds the future. Frankie is the key. She doesn’t remember stopping at the used bookstore, but there she stands as if drawn by an unseen force. Anticipation wraps around her like a cocoon. When she opens the door, the wind nudges her through, and expectancy turns to purpose. The man inside, and the book he offers, changes everything. Unusual things happen when she begins to read:

In a time long forgotten, people are held captive by half human creatures. Ashra holds a secret close to her heart, and must discover the purpose of her gift before the oppressed human race is destroyed. An unlikely ally comes to her aid. Strangers bring her a message from a far off land. Ashra and her band of misfits set off in search of answers. Together, they find love, uncover mysteries from the past, face ever-present danger, and hone powers they never knew they had.

Frankie and Ashra are separated by millennia, by fiction and reality, but in the end the barrier shatters.

“The set of her jaw said angry, and her eyes spoke of fear. But behind the fear, pulsing from within and reflected in the way she held her shoulders, lived strength.” – The Sound of the Stones

If you have made it this far into the post, I thank you. Bless your heart for letting me prattle on about what I want. I really hope you want it too. If you want perfection, I’m not your girl. If you want a sappy love story, move along and I wish you well. But if you’re looking for a fantasy that tells a tale reminiscent of classics like “The Never Ending Story” then we might be twins. Wait, what color shirt are you wearing?

Oh, and one more thing, if ridiculous humor thrown in at the most awkward moments makes you roll your eyes, don’t read this book. You’re welcome. 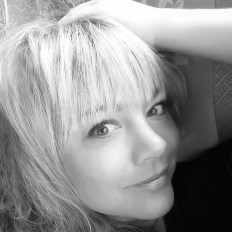 Beth Hammond is an author/illustrator who writes anything from YA fantasy to children’s picture books. She is a wife, mother, and lover of life. Her early years were spent serving in the military, middle years spent raising babies, and figuring out her place in the world. Her later years are yet to come, and filled with hopes and endless dreams. She spends her days creating worlds through words and illustration.