I began writing this as a fan-fiction (though it is my universe and my characters) many years ago, it was never intended to be published, it was just a fun project. I’m not even sure it actually has a storyline… the point was—without spoiling too much—Shairën, Jillian, and Neawendi (aka Naeri) never really had a chance to get to know each other.

Shairën and Neawendi were / are pretty much enemies, and Jillian wasn’t even born until long after their time. However, together they make some of the most entertaining pieces of writing I’ve ever typed….

The Origin of Dark Light 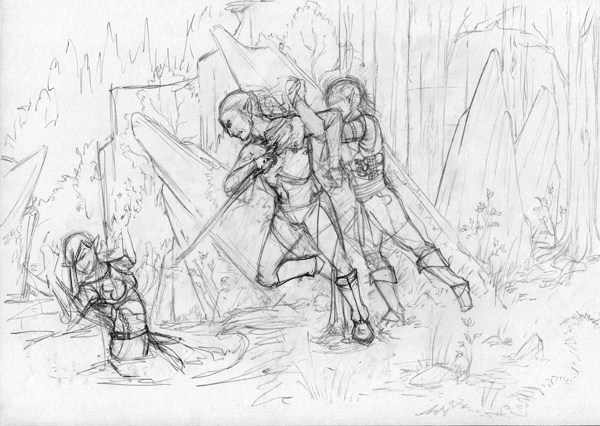 So, as the all mighty writer that I am, I made it happen! And as time went on I would almost dare to call this canon….

This will most likely spoil many things from my future novels (if I ever manage to write them all), but hey, free stuff that might be interesting read, take it or leave it. ;D

I won’t be posting the story in order, mainly because it doesn’t currently have one, it’s a mess, but I’ll piece it together on a separate page and list them in order here.

This is the amazing blurb for the overall story:

“Neawendi died violently—and death is meant to be permanent. So when she once again draws breath, she knows something is very wrong. Not only is her new life painful and hard, but the spirits of those long dead yearn to drag her back to the void.

As the nightmares get worse, she is forced to seek answers and a way to stay alive at all costs, even if it means asking for help from the one elf she hates the most.”